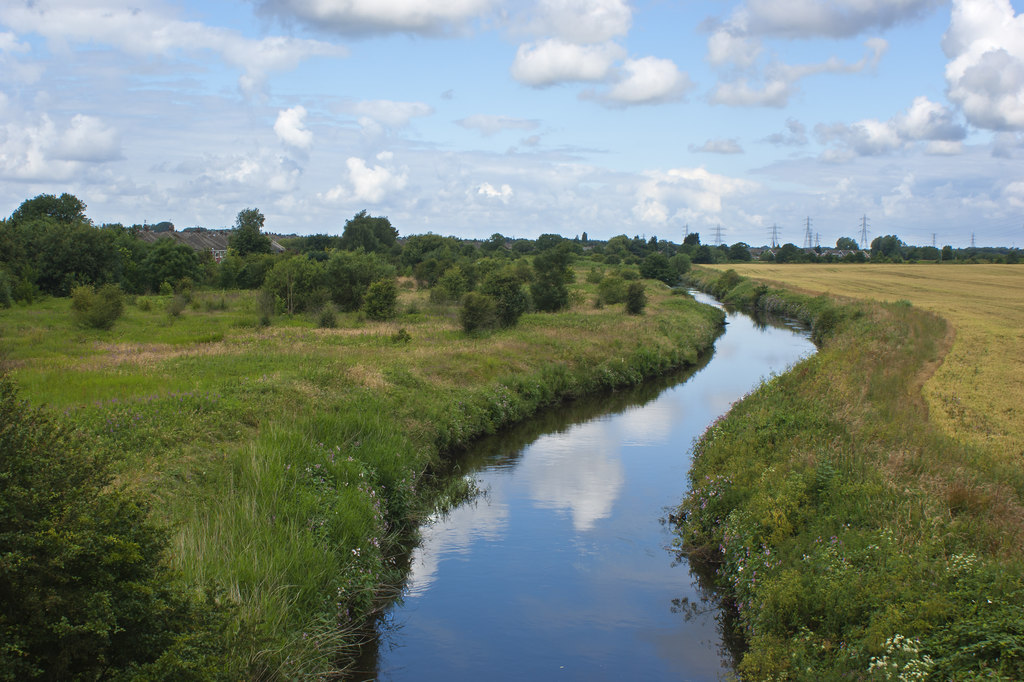 The River Alt flows north east through Lancashire and Merseyside. It rises in Huyton township at the Hag Plantation, and flows through Croxteth Park, West Derby and Maghull. It then flows out to the River Mersey between Crosby and Formby. St Helens Gutter, as the Alt is known between Aintree and Maghull, was once the name of the Milldam (water supply) of Sefton Mill. The Milldam was once located near Sefton parish church.

The river flows through a channel created around 14,000 years by glacial ice which crawled south from the Irish Sea basin. The ice moved up the Alt channel, across the slightly higher ground which now makes up the north side of the Mersey. It flowed back down towards the Cheshire Plain along the channel of Ditton Brook. As a result, Ditton Brook and the River Alt now flow back-to-back.

As the Alt flows towards the coast, it cuts a channel through a plain of alluvium (river or wind deposited sand), mudstone and sandstone. At its mouth are the wide beaches and quicksand of the west Lancashire coast.

Along the banks of the River Alt are a string of settlements with names suggesting a Viking origin. Huyton, Croxteth, West Derby, Knowsley, Aintree, Maghull and Formby are the major examples. At one time, it may have been possible to bring boats as far as three miles inland up the Alt. If so, it would have been a convenient way for settlers to come inland to found new hamlets.

For generations, people have had to fight against the Alt flooding. The 1779 Alt Drainage Act tried to deal with this, straightening the winding, flood-prone course of the river. The word ‘Altmouth’ is shown on both Caxton’s and Speed’s maps, where the river empties into the Mersey. It has been suggested that this settlement was swept away by the unpredictable movements of the river. However, there was never a ‘village’ symbol shown on any maps, and no evidence for such a village exists. Indeed, the area is still generally known as Altmouth today.

Today the Alt valley is a protected nature reserve. Twenty miles of embankments protect the farmland which lies either side.

Image: SJ3898 : The River Alt from the aqueduct carrying the Leeds and Liverpool Canal, released under a Creative Commons license.