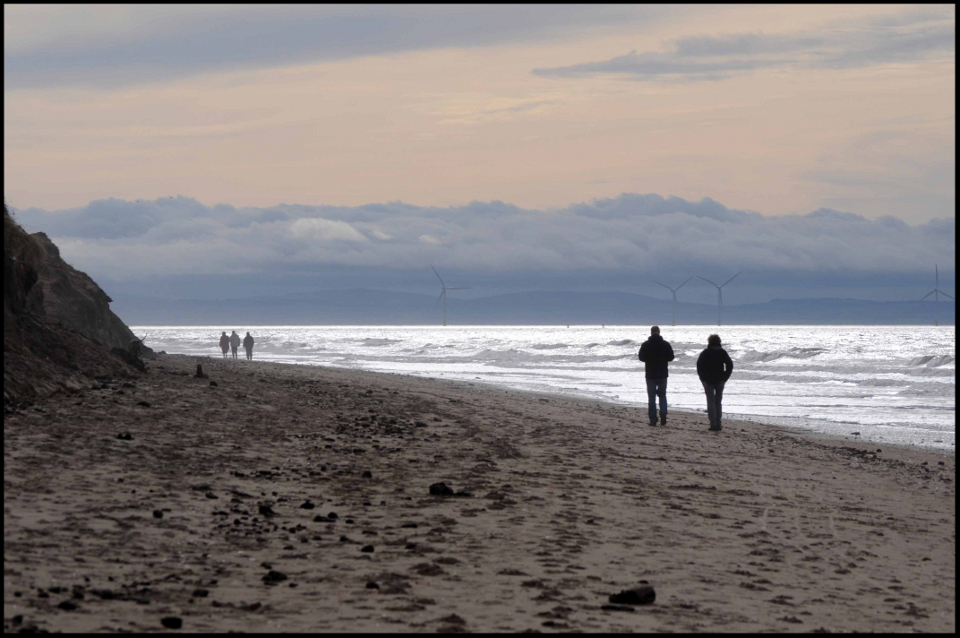 Update: There is a  new addition to this page at the end of this article, following a talk Ron gave in 2021.

Ron Cowell of the Museum of Liverpool discovered a Mesolithic settlement at Lunt Meadows in 2012. Ron had been leading an excavation there on behalf of the Environment Agency.

Archaeologists analysed the stone tools from the site, as well as the layers of soil from which the tools were extracted. The results showed that the remains are around 8000 years old. This was an age when (it was thought) humans lived in small bands. The bands would move from camp to camp with the changing seasons, taking advantage of the coastal areas in winter. In summer the groups moved further inland.

It’s this movement between different environments, and the methods used to gain food, which are define the ‘hunter-gatherer’ way of life. But the results of the excavation bring in to question just how mobile these people were.

The huts in which hunter gatherers would have lived at temporary camps leave next to no trace in the archaeological record. And yet Ron’s team have found evidence of three much more substantial buildings. These were around 6 metres (19 feet) across, leaving a very definite series of post holes in the sand.

As Ron says on the Inside Out North West film linked to below, this suggests a much more permanent place to live. Lunt Meadows is an extremely rare example of supposedly ‘nomadic’ hunters settling down.

For anyone familiar with the basics of Mesolithic prehistory this discovery is hugely exciting. It’s been labelled as having the potential to re-write the history of the area. But as locals know, this isn’t the first bit of ancient activity known from Merseyside.

In the dunes which stretch along the Sefton coast, Mesolithic footprints were found 20 years ago. These footprints, not all that far from Lunt Meadows, are preserved in the layers of sand and rock. The footprints are unique as they show the immediate effects on the landscape which people made, merely by inhabiting it.

There are a child’s footprints next to an adult’s, created no doubt as the two walked hand-in-hand along the beach. The coastline may have been further out in those days, but this was still part of the coastal plain. Was this walk following a swifter-moving hunt? Was it a trip to gather food from the bushes here, or was it simply a stroll on a sunny day? Though we’ll never know, footprints are a strikingly immediate record of a human passing by.

Ron Cowell has been digging prehistoric sites in Merseyside and beyond for 30 years. In the film we see him suggesting that he’d “been looking for this kind of site for quite a long time”. However, his other digs already give a fuller picture about the prehistory of Merseyside.

The beauty of this area in the Mesolithic was that it had access to a range of different mini-environments. This meant a range of resources were close at hand. There were fresh water streams in the form of the River Alt and Ditton Brook. Alongside this was the salt water of the Mersey Estuary and the Irish Sea. These locations gave access to different types of sea food (fish, shell fish, water fowl), as well as the supply of fresh water.

The river channels also gave easier access inland, while the rest of the landscape might be blanketed in woodland. Woodland, however, provided other sources of food, in the form of nuts, fruit and the animals which roamed there. Ron mentions wild cattle in the film, and there may also have been boar and deer for the taking. These people had fairly sophisticated tools, hewn from Welsh chert, and some local stone, possibly washed up by the tide.

It’s a great and rare thing when a new site hits the headlines, especially one of such importance as Lunt Meadows. Liverpool is not known for its prehistoric archaeology, yet the Field Unit at the Museum of Liverpool could tell you just how much stuff is there. You just need to know where to look. Combined with the rest of the prehistoric sites on Merseyside the new settlement adds another dimension to our understanding of how people inhabited the landscape so long ago.

Work continues apace at Lunt Meadows, and Ron Cowell gave a talk to give an update on progress. These are some notes I took during that talk.

Ron began his talk by covering some of the wider trends in Mesolithic archaeology, before later moving on to the specifics of Lunt Meadows.

The only domesticated animals in the Mesolithic would have been dogs, and these were working animals. There would be no farm animals, though the landscape around Lunt Meadows would have been inhabited with aurochs, beaver, pine marten, wolves and moose / elk.

The humans would have looked much like us, homo sapiens as they were, wearing clothes for warmth made from beaver and marten fur. They decorated themselves with jewellery made from shells, which would also have been sewn into their clothes as decoration. Such items might also have had a ritual role.

Inevitably they would have been leaner and fitter, and they tended to have dark hair and skin, though blue eyes. This conclusion comes from DNA evidence from Cheddar Man, who is the first prehistoric human to have their genome analysed.

The people lived in houses, and not the caves of popular perception (indeed there are few in the viscinity of Lunt!), though they would have made use of caves and rock shelters now and again, temporarily. The houses, as excavated, were built from wood frames with a reed floor. The rooves were made from grass, and inside the houses were sleeping platforms. The houses stood alone or in pairs, and measured up to 6 metres in diameter. Larger groups of houses may once have been erected, and evidence for this was found at Star Carr in Yorkshire, but only for short periods – perhaps special times were feasting took place.

There is no evidence of farming at Lunt Meadows; food sources would have come from hunting and gathering. Ron pointed out that this kind of lifestyle, while often seen as ‘more primitive’ than farming, still needs talent. After all, wild animals are skilled and dangerous, not to mention large and brave when under threat!

Evidence for technology comes in the form of projectiles embedded in bones. These kind of injuries show the kind of equipment used in hunting and fighting, and other injury evidence points to the kind of things which could happen to a person when chasing animals. The arrows were made of microliths embedded into wooden shafts using something like birch tar. Other stone blades have been found: awls, scrapers and axes make up the rest of the toolkit, alongside the arrows, and spear and harpoon heads. Perhaps surprisingly, the most important materials were probably plant-based. Plates, cups, furniture, clothes, glue, dyes and sledges are just some of the great range of things that can be made from plants. Fish traps were of great importance to the Mesolithic diet, all made from plant products.

The hunts themselves could involve anyone from older children upwards in age. There isn’t any evidence that hunts were men-only, and so the traditional view of division of labour (men hunting, women gathering) can’t be supported here. Further afield, it’s been found that these kind of ‘rules’ of hunting varied from place to place. The hunts gave these people great athleticism: analysis of a female skeleton shows bone density similar to that of an Olympic rower.

It’s of course much harder to learn about the spiritual beliefs of the far past from the materials excavated. The burials are our best evidence, and this period is when we find the earliest evidence of a ‘cemetery’ of sorts set aside from the settlement (whether that be in a cave or on a lakeside, for example). What’s also interesting is the amount of effort which goes into properly caring for the dead. Burial doesn’t just happen by accident, of course! And people in the Mesolithic were buried, cremated, and sometimes reburied, the bones being rearranged according to custom. In what can seem an odd practice to us, some human bones were made into tools. Perhaps this was a way of remembering the dead, and continuing to have them on hunting expeditions.

The dead were often buried with their tools, in much the same way as we might like to take our treasured possessions (or typical tools) with us to the next life. Burial goods also included jewellery, and other bones and antlers, and even some remains of clothing have been preserved. Red ochre, commonly seen on prehistoric burials, may have been dawbed onto the skin (either before or after death), or it may have been a dye in the clothes the dead were buried in. Animals have also been found in burial contexts. Star Carr is well known for its head dress, as well as its animal burials, and great care had been taken in their interrment.

Ron highlighted the fantastic site of Avaline’s Hole, in the Mendips, where excavators recovered the remains of over 50 people, along with objects like seashells and ochre.

It looks like hunter-gatherers see animals as having consciousness, and self-awareness. They’re even seen to have their own language, and can understand humans, and be offended by them if not treated with due respect! They can bring luck, and escort people (with proper initiation) to other worlds. This leads to a need to negociate with prey. The right rules have to be observed, in such things as dress, preparation, killing and disposal, in order not to offend, and suffer the consequences. Animals may even, given the right supplications, give themselves up as prey as a reward. The reverse can also be true.

The photo at the start of this article is ‘Evening Stroll, Formby Point‘, released under a Creative Commons license by stephoto27.

The film on Inside Out North West is available on the BBC iPlayer until 26th November 2012.

A detailed account of the excavation results is in an article by Maeve Kennedy for the Guardian: Stone age nomads settled down in Merseyside, flints and timber suggest. 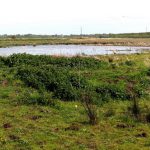 This is part of a series of posts based on the talks given at the Recent Developments in Merseyside Archaeology conference. It was held on the 13th October 2018, and took place at the Museum of Liverpool. It’s based on a talk given by Ron Cowell, who has excavated at Lunt Meadows for a few […] 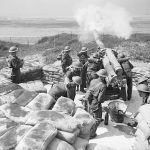 The following post about Fort Crosby is based on a talk Alison Burns gave at the Recent Developments in Merseyside Archaeology conference, held in the Museum of Liverpool on 13th October 2018. Alison has also written about the Formby footprints (see the previous link for details). New research is shedding light on a piece of […] 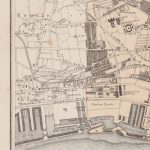 Today’s map is taken from a detailed one that I picked up recently, from the Illustrated Globe Encyclopedia printed in 1878. The point of interest I’m drawing your attention to is Bootle. In 1878, and also visible on the First Edition Ordnance Survey map of the area, the village of Bootle sits alone to the […]