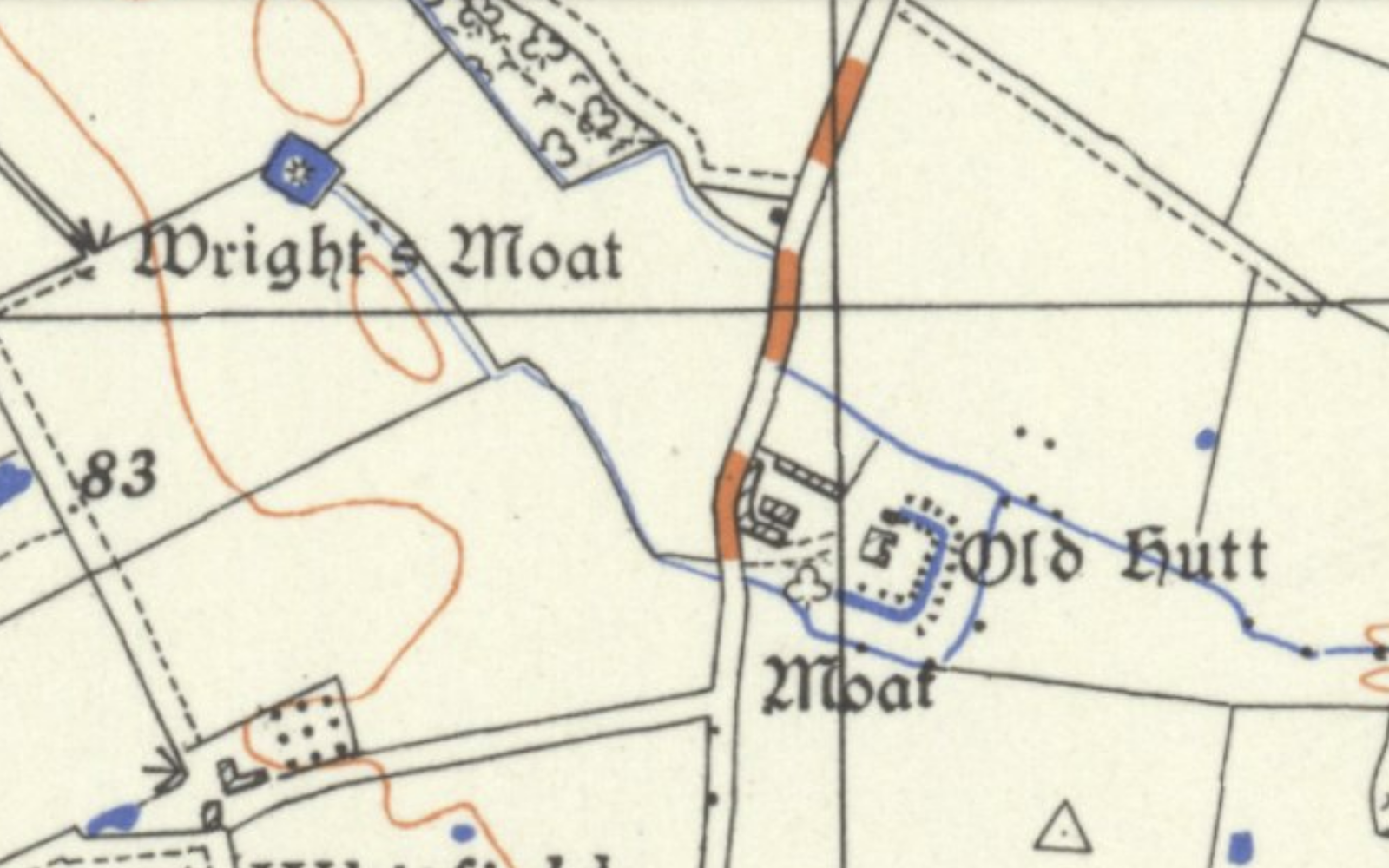 Halewood was rather rural in character, before the landscape transformed it in the 20th century. Being on the edge of Liverpool contributed to the preservation of some interesting features. Two of these, once standing close to each other, were the Old Hutt and Wright’s Moat.

Wright’s Moat was a mysterious thing. It’s name comes from Thomas Wright who lived in New Hutt Farm in the 19th century (Royden, 1992). Mike Royden notes that it existed before this, though it’s name is not recorded.

The shape of Wright’s Moat

Wright’s Moat consisted of a rounded square moat surrounding an ‘island’. The old maps that show it don’t give much clue as to why it was here, except that the 1937-61 OS map (1:25000) shows that a stream ran into or out of the south east corner. The stream clinked it to the moat around Old Hutt (which was a manor house). It could have been ornamental, or something like the Duck Decoy that is still standing today a few miles away in Hale (though see below).

The excavation of Wright’s Moat in 1960 found an empty site; only one trench was excavated, aligned NE/SW (Wrathmell). The archaeologists found coal and burnt stone, and concluded that the ‘platform’ of the Moat consisted of material dug from the ditch surrounding it.

They also concluded that the evidence pointed to ‘occupation’ (i.e. some human activity taking place here); the only material remains were pieces of medieval pottery. The pottery was very poorly preserved, and they therefore suggested that the medieval period represented the main period of activity.

Finally, the archaeologists put forward the idea that this could once have been a small farmstead. The inhabitants would have abandoned it when the Ireland family took over the land, moving into the Old Hutt.

Both Wright’s Moat and the nearby Old Hutt were destroyed when the Ford car factory (now Jaguar Land Rover) was built. 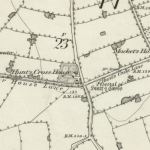 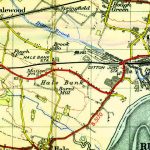 Brook House Farm is the name given to an Iron Age farmstead site in Halewood. It consists of an enclosure surrounded by two ditches (one large and one small), and was discovered via an aerial photograph in 1990. 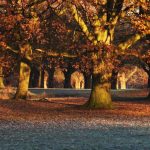 Woodland on Merseyside and the Mersey Forest

The year 2011 was declared as the International Year of Forests by the UN (see the Echo for some of Liverpool’s plans). The very modern Mersey Forest has seen 8 million new trees planted since 1994. But there’s a much longer and fascinating history of woodland and forest in this area. The origins of the […]