This week’s research has been all about transport: roads, rail and that in-between technology, trams.

Like a lot of Liverpool’s landscape, the trams were both pioneering and behind the times. The first Act of Parliament was granted in 1868, and Liverpool was the first city to be granted such an Act, and yet Liverpool stuck with trams when other cities were moving to buses, the last tram entering the depot in 1957.So today’s map extract is from a 1930s Ordnance Survey map, showing the huge distance covered by this, Liverpool’s first public transport network. Having started with no more than an Inner Circle line plus routes to Walton and Dingle, the Merseyside network eventually stretched to all corners of the city, with termini at Bootle, West Derby, Bowring Park and Garston. This map shows the ‘Electric Tramway’ stretching to Prescot, and and at one point the Liverpool and St Helens networks joined to form a South Lancashire tram system.

This map is just a snapshot in time. The 1930s were something of a renaissance for Merseyside trams, having been relied on to assist in getting transport services back to normal after the Great War. Alas, the Second World War was not so kind, and the network was replaced, route by route, over a ten year period from 1947.

Many clues still exist to show where the trams went: grassed-over central reservations on East Prescot Road probably still have the rails under them, and Queens Drive has central reservations that were never, in the end, used for the trams they were designed for (thanks to Malcolm Hooley for pointing this latter point out in the comments). In isolated cases the old poles holding the web of electric cables are still in use as street lamps. Unfortunately the depots (Smithdown Road, Edge Lane, Ullet Road) have all gone, but the shape of Liverpool, and its growth spurt from 1900 to 1939 were spurred on and shaped by tram technology.

Liverpool may yet get a modern tram system (the roads are suitable, and some of the old routes could be resurrected) but until then here’s a slice of a once-popular and fondly remembered way of getting around. 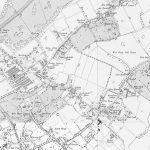