This holy well is referred to in the following terms in the Chartulary of Cockersand Abbey:-

Allerton is distant about three-quarters of a mile in a south-westerly direction from Much Woolton. So far, I have been unable to discover any traces of the well, but the words “Spring Wood” occur on the map close to Allerton Hall.

The following deed from the Chartulary of Cockersand Abbey may refer to some of the crosses in this district:-

Grant in frankalmoign from Richard de Allerton, to God and St Werburgh of Warburton, of four acres of land in Allerton with the toft upon Brook-Carr, from a certain Twiss going down the syke to a cross and so westward to another cross…. [S.D. c. 1240-1250]

Skeat describes the word Twiss as used of the place where two streams meet. 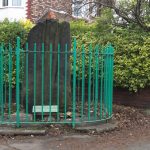 Robin Hood’s Stone (or the Robin Hood Stone) is a Neolithic or Bronze Age standing stone currently to be found within a set of railings on the corner of Booker Avenue and Archerfield Road. It originally stood to the north east in the middle of a field known as Stone Hey, but was moved when […] 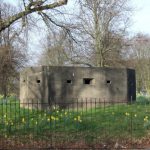 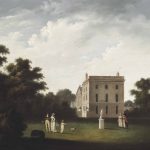 Perhaps the most significant of the merchant houses in the history of Allerton is Allerton Hall itself. The wealthy Lathom family built the first house on the site back in the reign of James I. They held the lands of the estate from the 15th to the 17th century, but had them taken from them […]