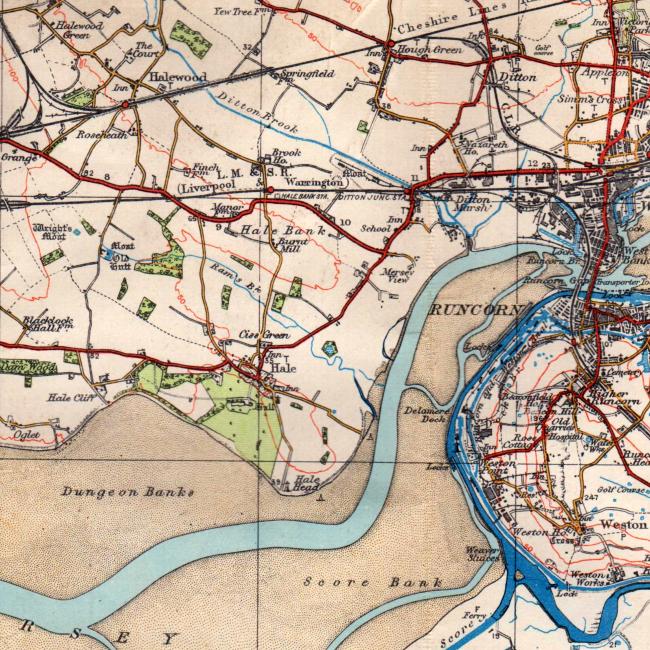 Following a request from one of our Facebook ‘Likers’ (particularly appropriate word for Scousers, perhaps), I posted an old map of Brook House Farm in Halewood. Here I want to post a slightly larger version, taking in more of the surrounding area which was, at this time, on the cusp of great changes.

Here you can see that the whole area, which would one day become quite a centre of industry, is still mainly rural. The only hints of development here are the railway lines, and the Manchester Ship Canal on the other side of the River Mersey.

The outskirts of Liverpool became attractive sites for expansion of both commercial interests and residential areas. The area was flat, so offering new businesses space to expand, and it was still fairly cheap, being away from areas where development pressures were high. Runcorn itself, seen in the bottom right of the map, became something of an overspill for Liverpool in the 1960s, and it remains well placed as a transport link from Merseyside into Cheshire and the Midlands.