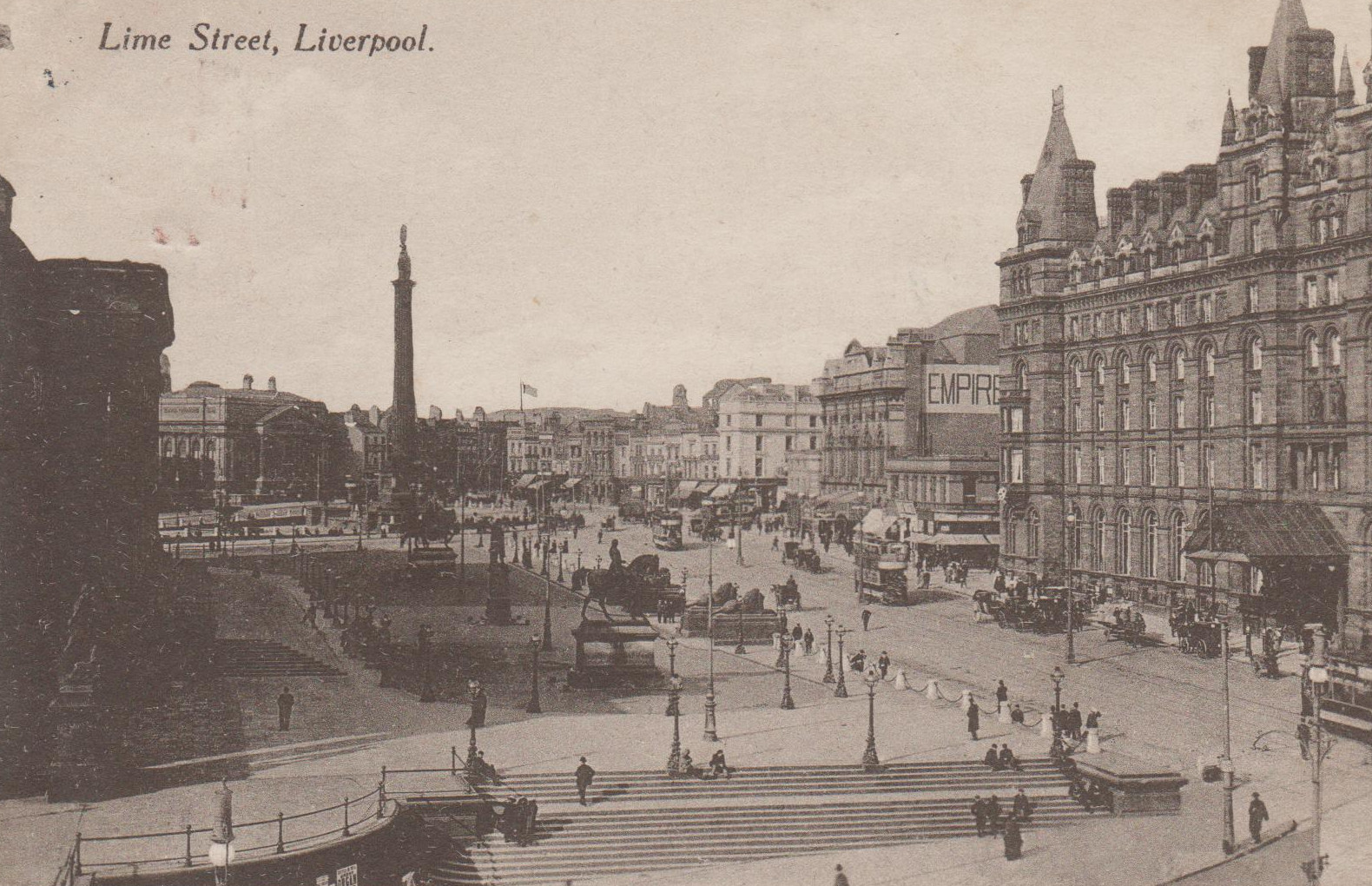 A good friend of mine recently sent me a handful of postcards he’d found, showing photos of Liverpool in the first quarter of the 20th century.

He’d house-sat for me and noticed my existing collection, in a folder on a bookshelf, and I don’t know whether he checked, but he managed to get some that I hadn’t already got!

They show some of the big landmarks of the city, and the postmarks on the cards are from 19th September 1922 (if I’ve read them right!). So yes, they were all sent on the same day, and also by the same person. Unfortunately, I can’t make out the name (maybe ‘Sorrel’?), so do let me know if you can read the signature, posted below.

Apart from the landmarks, the messages on them are brilliant! As you’ll see, it looks like Sorrel lives in Liverpool, and is actually sending postcards to a family they’ve recently visited in the capital

What I like about this little sub-collection is that they were all sent together, and each part makes up a whole – the trip to London. King George V was on the throne, and Liverpool could arguably be said to be at the peak of its powers. Maybe there was a hint of the Georgian Liverpolitan wanting to remind their London friends that Merseyside could match the south east for grandeur and love of Queen Victoria!

The dominant road vehicles are the trams. Most people are on foot, but there are some horse-drawn carriages and even some very early cars. The scenes look quiet to modern eyes, and this makes the spaces look large and open.

Here are the cards, in no particular order:

“Dear Frank, you’d better practice up on the speedometer in the Science Museum and I will challenge you, the next time I come, to a race. Sorrel”

“Dear Donald, When I see you next time, I’ll race you two length’s even. Dont’ let anyone take your pencil when you’re not looking – Sorrel”

“Dear George, How many yards of cloth have you and Sally made on the loom? You’d better watch out or the weavers’ union will get after you! Good-bye, George. Sorrel”

“Dear Florence, Now that we have left, I hope you have been able to retire at six-thirty as you should! With best wishes from the three of us – Sorrel”

“Dear Sally, The next time you sew labels on your brothers’ clothes, look them over carefully (the brothers I mean) and assure yourself that they aren’t deformed and wear shirts instead of trousers – Sorrel”

From Liverpool to London

Well, what do you make of these messages?

We get hints of what Sorrel got up to while in London – a visit to the Science Museum and a couple of lengths at the local baths.

There’s also the very cryptic last message about labels in clothes. Perhaps we’ll never know what that was all about.

Sorrel seems like quite a wry humourist – though maybe a handful to have as a guest? Keeping people up past their bedtime by the sounds of thing!

It seems like three people – Sorrel and two others – stayed with the Kings in London. So perhaps Sorrel and family are back in Liverpool, having arrived on the train from Euston at the very station just out of shot in the first postcard.

I’d love to know more about Sorrel and their correspondents. Are there, I wonder, more postcards out there that the Kings sent in return?