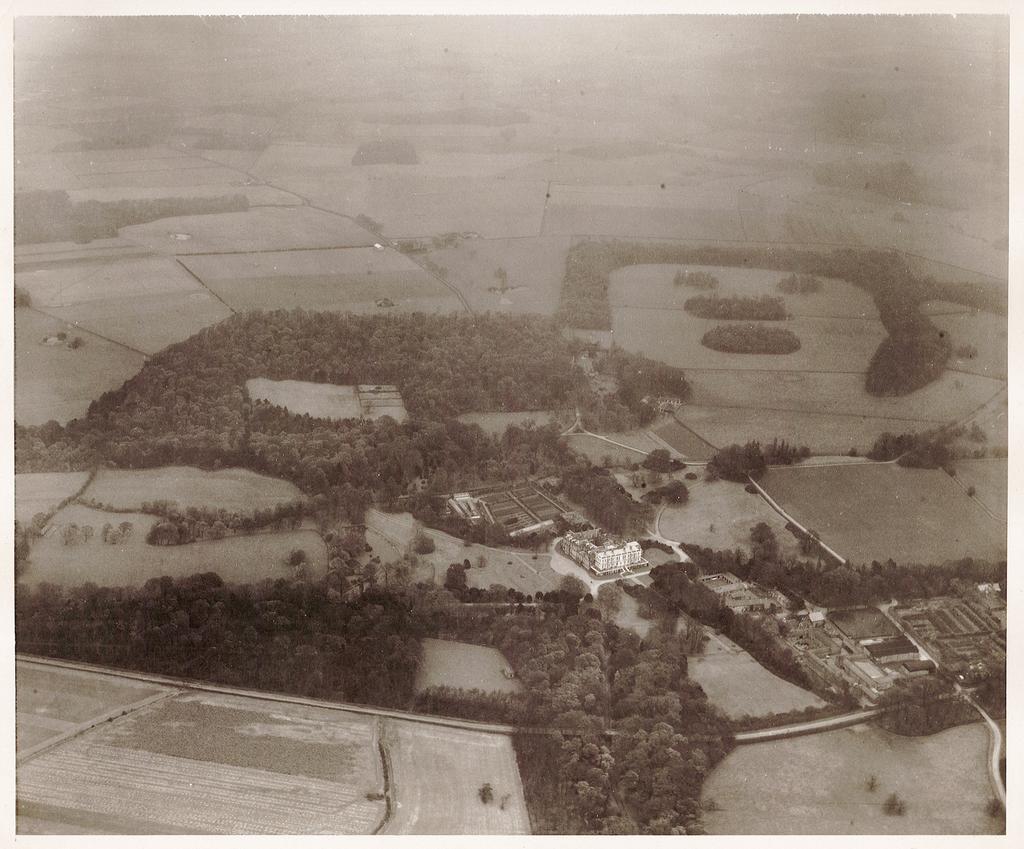 Having written about Liverpool history for a while now, I’m lucky enough to be copied in to a lot of interesting tid-bits of the city’s past. This happened recently when Croxteth Park’s Twitter account posted several aerial shots from the middle of the last century. I’d like to share them with you here.

The first photo is from November 1954, and is taken from the north west. West Derby village is right at the top of the shot. There are a lot of puddles around the grounds, and as one Tweeter put it, it looks like the ground is very waterlogged.

The other features of these photos which interests us historians is the lack of houses. The housing estates around that area were being constructed from the 1930s. As you can see, even by the middle of the 1950s they were only just starting to encroach upon the Croxteth estate. The second tweet shows the same scene from the opposite direction – with the photographer flying over West Derby village and looking north east. From this angle, the lack of houses is extremely easy to see!

The final aerial photo is taken from the north west again, looking from the walled garden across towards Melwood Drive, although the number of houses and roads is much fewer than in the present day. You can also see Croxteth Hall Lane, Home Farm, and many of the paths through Croxteth Park.

These photos are all from Croxteth Park’s own archive. It’s great to see how interested people got. Just look at the discussion which got going under the aerial shot of Croxteth Hall from the west!

There are a few other tweets I’d like to share in the future, but I’ll leave it there for now. I hope I’ve shown how Twitter is a great forum for historiphiles to get together and discuss this kind of things. If you’re on Twitter, or thinking of jumping on that particular bandwagon, have a look at the following people:

I hope I’ve given you a little overview of the benefits of Twitter, through some of the things which have been shared through the service. If you’re on Twitter, do follow the people above, and say hi!

Edward the Confessor chose West Derby for his hunting lodge, and after the conquest West Derby was given to Roger of Poitou. The castle was probably built around 1100 by Roger, and was sited near St. Mary’s church in Meadow Lane. The site may have been chosen because of its nearness to water (the Alt, […] 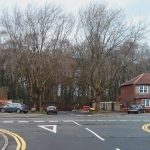 Plans were once put together to make West Derby a more peaceful village. Only a few clues now remain to those plans. Martin’s Note: I’m indebted to the West Derby Society again for revealing this feature to me, in a post on their Facebook page back in December 2015. Having been a political centre for […] 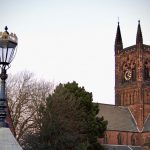