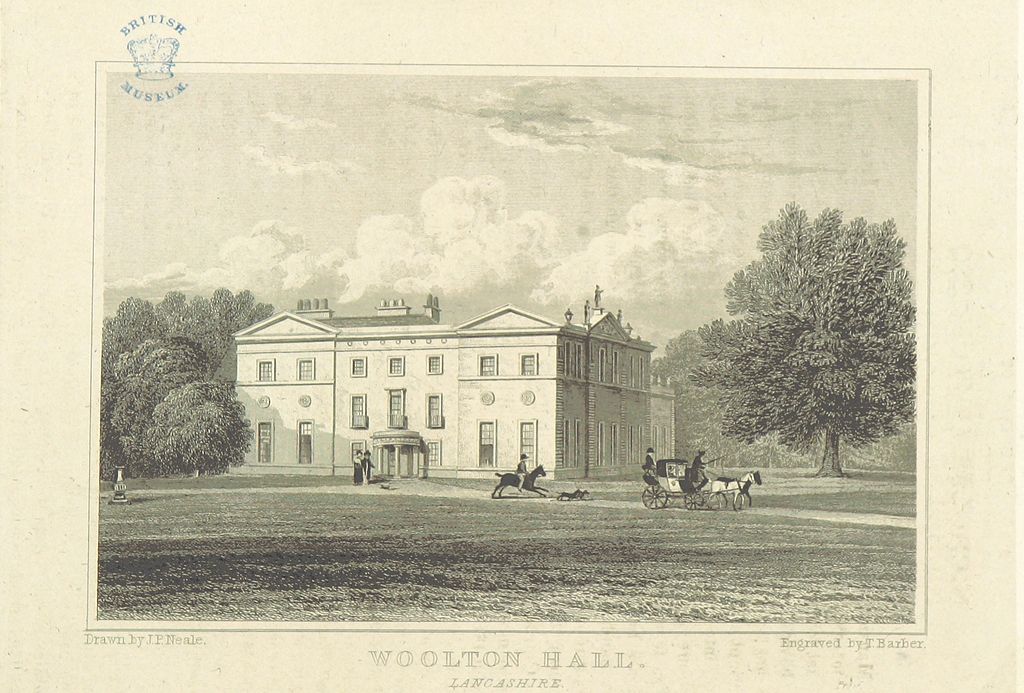 When William Brettagh (of Holt) died, he left a cottage that would later become Woolton Hall. It was bought by the Broughton family, who began to extend it, and bring it up to date. By 1700 it was a three-storey building.

Traces of an older building still survive in the south west corner. Samuel Derrick visited in 1760 and mentioned in his diary an “iron coloured stone” element “in appearance about 200 years old”. This could be a survival of the original cottage, usually thought lost (Lally & Gnosspelius, 1975: 28)

The north block of Woolton Hall was designed by the same (but unknown) architect as the south west front of Croxteth Hall. It was commissioned by Woolton Hall’s owner, Richard Molyneux, who was heir to the Croxteth estate. Similarities can be seen in the decoration. Gadroons (decorative details usually only seen on ecclesiastical monuments) are one unusual feature shared by the two buildings.

Robert Adam was commissioned to remodel the Hall in 1772 by its new owner, Nicholas Ashton. Ashton owned a saltworks at Dungeon in Speke, and the house was given a view over the River Weaver and towards the saltworks.

It’s of interest that Ashon was building himself a house in the style of generations of aristocracy. And yet he had built his fortune in industry – a very unaristocratic activity. He was the turning point between old forms of wealth and new ones, one foot in the former and another in the latter.

Later industrialists would make their fortune from the landscapes natural resources of Woolton: James Gore owned quarries and a building company; John Rushton supplied timber to the building trade; James Rose was a Garston miller who also owned Woolton windmill, quarries, a steam mill, and the house at Beechwood.

Woolton Hall was later used as a ‘hydropathic’ hotel, a school, and latterly had plans to be converted into flats. A catastrophic fire in 2019 may have damaged much of the still in place historic features and objects.

Image: Image extracted from page 242 of volume 2 of “Views of the Seats of Noblemen and Gentlemen in England, Wales, Scotland and Ireland. L.P”, by John Preston Neale. Original held and digitised by the British Library. (No known copyright, via https://www.flickr.com/photos/britishlibrary/11004130453/) 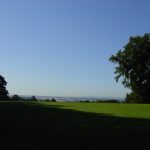