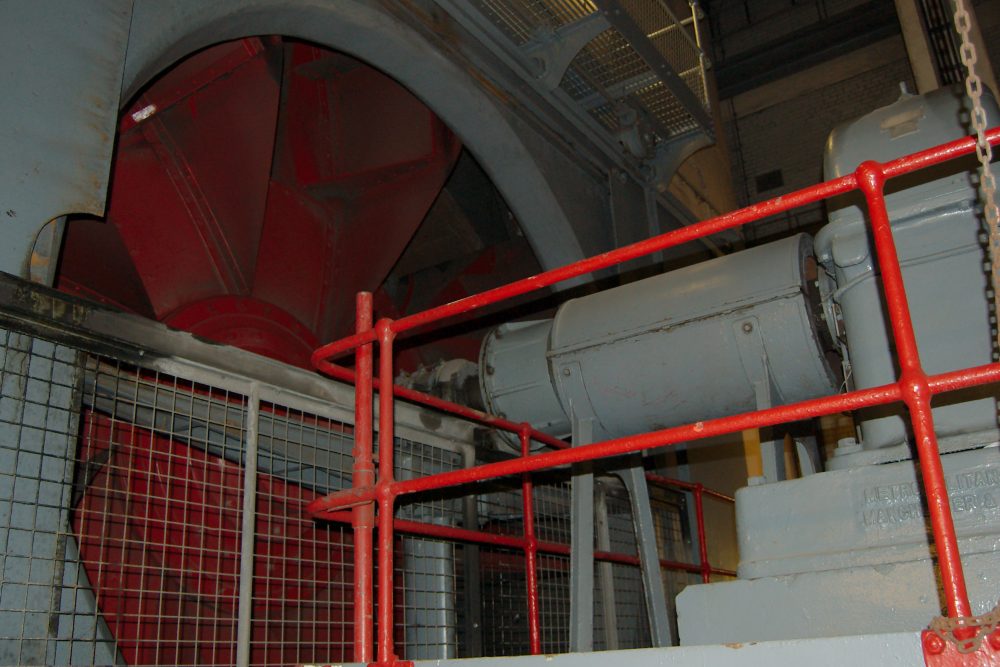 The thing which inspired this website from the outset was the huge number of historic features in Liverpool that we take for granted every day. The Queensway Tunnel is one of them. Thousands of people use it every day to commute between Liverpool and Birkenhead. It’s part of the furniture. And yet it’s easy to forget that this tunnel is nearly 100 years old, and was a pioneer.

It’s even easier to forget just how attractive it is, under Churchill flyover and the mass of toll booths on the Wirral side. Some of the best bits have disappeared forever, such as the beacon which once stood proud at the Liverpool entrance. Birkenhead have kept theirs, yet these are just part of the wonderful design which demonstrates the care paid to civil projects such as this back in those days.

One way of getting to know the Queensway Tunnel better is to take a tour. Merseytravel run tours on Tuesdays, Wednesdays, Thursdays (5pm) and Saturdays (10am) (more details on the Merseytravel website). The tours start at Georges Dock Building, and show you around the whole of that edifice as well as parts of the tunnel underground.

Our guides were Ryan and Billy, and like the best Scouse tour guides, they were a bit of a double act! They must have done that tour hundreds of times, and yet they presented the tour like two people still in love with their work. They reminded me of the guides on the Old Dock tour, and just as knowledgeable on their specialist subject.

Tour of the Queensway Tunnel

There’s something that always strikes me about George’s Dock Building. Even though I know this ‘fact’, the tour really made it hit home: the whole thing is a ventilation shaft. Fresh air comes in through the ‘shoulder’ of the building, sucked down by massive fans into the bowels of the building. At the same time, air from the roadway is pushed back out of the top of the building.

The offices and control rooms which make up the rest of the the building are cleverly built in around this primary function. The almost unnerving truth is that, when you’re half way around the tour, you’re inside the ventilation system. That’s right: when the fans are spinning round you feel the air being drawn past you as it makes its way out of the tunnel.

But before you cancel your tour tickets, the guides reassure you that the air quality inside the tunnel itself (let alone in the ventilation shafts) is clean. So clean, in fact, that it beats some central Liverpool streets for low pollution levels. That wasn’t always the case, of course. From the 1930s to the 1960s and beyond, the time someone was allowed to work inside the system was restricted to minutes at a time!

Architecture and engineering together in the tunnel

For fear of spoiling it for those who want to go on the tour, I’m not going to give away too many details. Suffice to say that the highlight for me were the original fans (or impellers). They are still used every day to move the air around. They’re huge: so huge that the building was constructed around them, and they won’t be leaving until the building is pulled down!

Other wonderful features are the little details that only a tiny minority would have been expected to see. The lifts are beautifully decorated in art nouveau styles. There are mouldings around the ceiling in the stairwell and on the roof windows in the control room (see gallery below). To increase light levels the interior of the largest chambers are covered in white glazed tile. Even those tiles, though functional, are attractive.

How the general engineering works hand in hand with the architecture is something that you rarely see nowadays done in such a beautiful manner. This was brought home to me as we left at the end of the tour. A Cornish family had just arrived in town and were having a wander around. When we told them what was inside they asked ‘But what was it originally?’ Nope, it’s always been a ventilation shaft! Just a ventilation shaft like they don’t make any more.

Photos of the tunnel

I’ll get out of the way now and let you look at the photos. These are just a few that I took on the Queensway Tunnel tour. All the details are in the captions – click for larger versions! 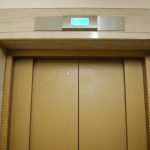 A lift for staff use (and tourists if needed!), showing the wonderful detail in the decoration 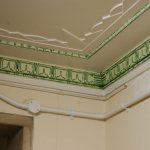 Moulding around the ceiling in the stairwell. Notice the more modern interventions when presentation was less of a concern! 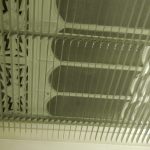 The wonderful ceiling windows in the control room, since covered – you’ve guessed it – modern blinds which hide them a little 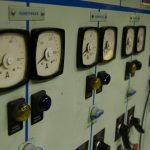 I love these dials and switches! Here the flow of air was monitored and controlled 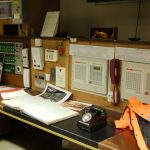 On the other side of the control room sit the necessary technologies: phones, more phones, and notebooks. This office closed in 2015! 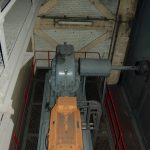 A motor which drives one of the original fans. 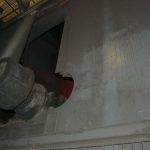 The doors in front of one of the fans are drawn back to reveal the red blades behind. A dramatic moment! 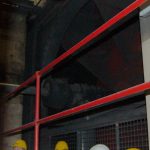 You can just about make out the fans here, with human heads for scale! 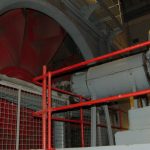 This is the second fan we came across, with slightly better lighting so that you can see the details 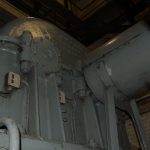 Another view of the motor driving the fan 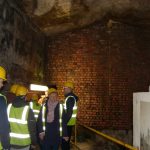 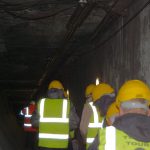 The tour takes its visitors under the roadway, along the vents which sit either side of a central ‘avenue’ 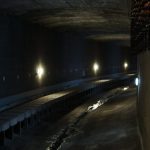 ‘Central Avenue’ runs down the centre of the cavity under the road. Once destined to be a tram route, it now houses gas, electricity and broadband cables