“My future” – a grid outside Tate Liverpool 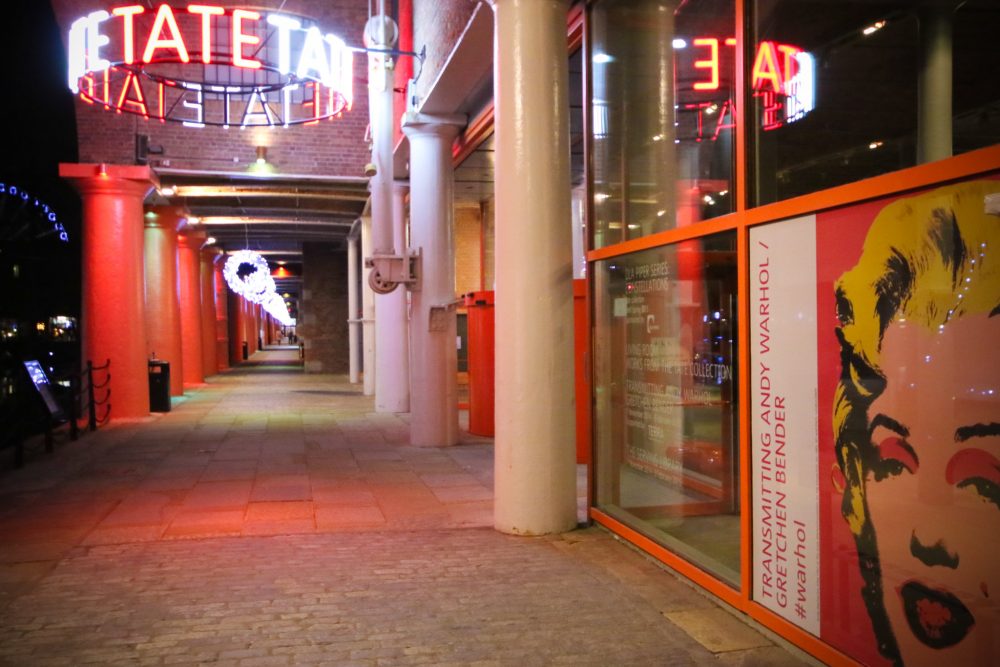 A photo of this grid popped up on Facebook in early 2019. I had no idea what it really was, but was intrigued. It looked like something& from the William Morris school, which I like for both design and political reasons, so I did a little snooping (i.e Googling about a bit).

The metal grid is embedded in the pavement outside Tate Liverpool at the Albert Dock. It is decorated with intertwining vine-like branches, and in the centre is the phrase “My future will reflect a new world”. There’s a spider’s web and a few other things floating round (perhaps berries or pollen grains).

Art at the Dock

The proximity to Tate Liverpool isn’t coincidental. This installation is part of a wider collaboration between artists Moon Kyungwon and Jeon Joonho, under the banner ‘News from Nowhere’ (not to be confused with one of Liverpool’s finest bookshops).

News From Nowhere is the name of a novel by the very same William Morris I mentioned in the first paragraph. In the novel, the Victorian protagonist is mysteriously catapulted into the 21st century, and his conversations with the futuristic inhabitants act as a satire and comment on the inequalities and rampant industrialisation of Morris’s own time (and there lies the connection with the bookshop).

Moon and Jeon’s collaboration arose from conversations between the two artists over art’s role in the world. They were “fed up [with] wasteful art installations and art production”. Part of their News From Nowhere collaboration is a piece of video called El Fin del Mondo (End of the World) which reminds us that the future is no yet written, though we in the present are writing it all the time. Therefore, art can have a very important place in deciding the direction of the world as a whole.

The quote itself is from the female protagonist of the film, and embodies the realisation that her actions have real meaning, and must be chosen wisely.

One of these covers was installed over an existing drain at the entrance to Tate Modern in 2019, while another could be found inside the gallery itself. They stood for the thin cover that we place over the dirty and chaotic parts of our world that must exist to allow civilisation to function. The exhibition also demonstrated links between Liverpool and Jeon’s home city of Busan in South Korea. Both were powerful ports 100 years ago, but suffered decline in the 20th century, followed by a culture and heritage-fronted resurgence at the 21st century got under way.

News From Nowhere ran from 23 November 2018 to 17 March 2019, and I must admit that I’m not sure whether the grid is still out there. However, its place outside the Tate, one of the first elements in the Albert Dock’s regeneration, is highly symbolic, and deserves some attention on this blog.

See Liverpool through the eyes of a man who has travelled through space and time to arrive in the city on the eve of the apocalypse, https://www.tate.org.uk/whats-on/tate-liverpool/exhibition/moon-kyungwon-and-jeon-joonho-news-nowhere, retrieved 23rd February 2020