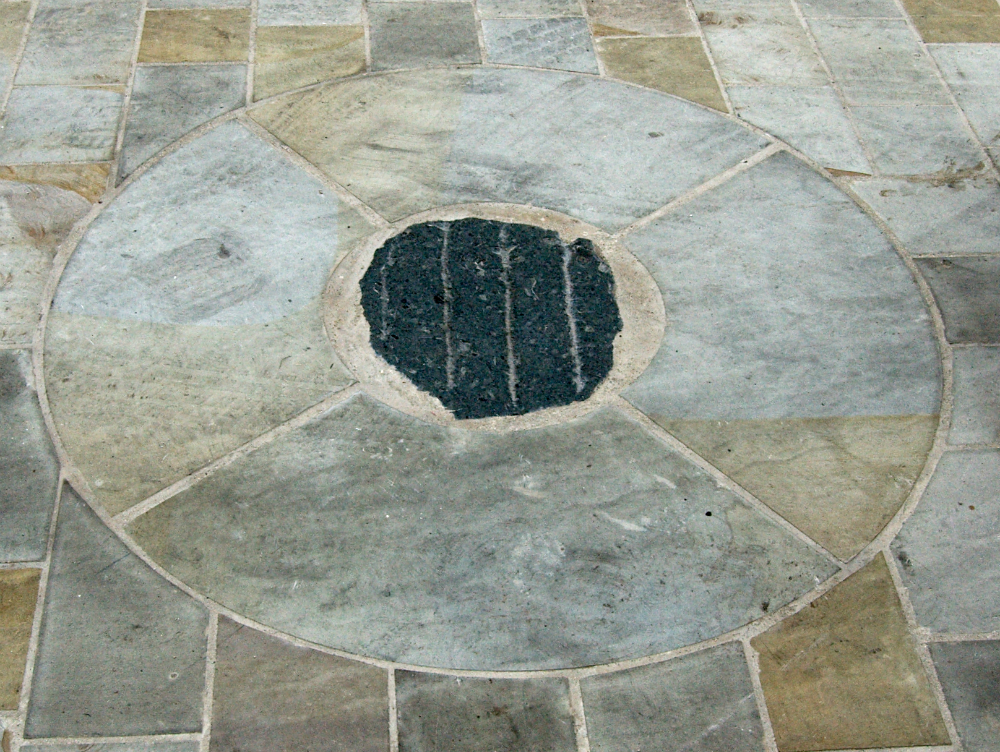 All sorts of stories are associated with the Sanctuary Stone. Its name conjures up anything from slave-related scenes to cheeky apple snatching medieval urchins. You might never see the same story told twice.

The Sanctuary Stone sits on Castle Street in the centre of Liverpool. Of greater certainty is that it marked one of the boundaries of the medieval markets which took place in the town for centuries. Three other similar stones would possibly have been seen on High Street, Dale Street and Water Street. All would have been a couple of feet tall originally. The remaining one is made of a coarse volcanic rock, in stark contrast to the native local sandstone. It probably arrived on the banks of the Mersey through the action of glaciers travelling down from the Lake District.

The word ‘sanctuary’ is often taken to mean that the law did not run within the bounds of the market. Some tales have the aforementioned street urchins being immune from arrest if they reached the Sanctuary Stone before the local copper laid a hand on them. This makes less sense if we think about the Stones as pillars. That’s not to mention the strangeness of this arbitrary method of law enforcement!

Still, it’s thought that the rule of law was slightly different during market and fair times. Policing was carried out by officers of the Crown. Justice meted out on the spot, rather than involving court summonses and time-consuming arrests.

Whether or not other Stones still remain under the road surfaces nearby, the Castle Street Sanctuary Stone is the only one known to still exist. It has been dug up several times in the last 100 years, most recently to accommodate roadworks in 2011. When it was replaced, a newly-minted pound coin was laid alongside it. This adds to two similar coins laid during previous excavations in 1937 and 1947.