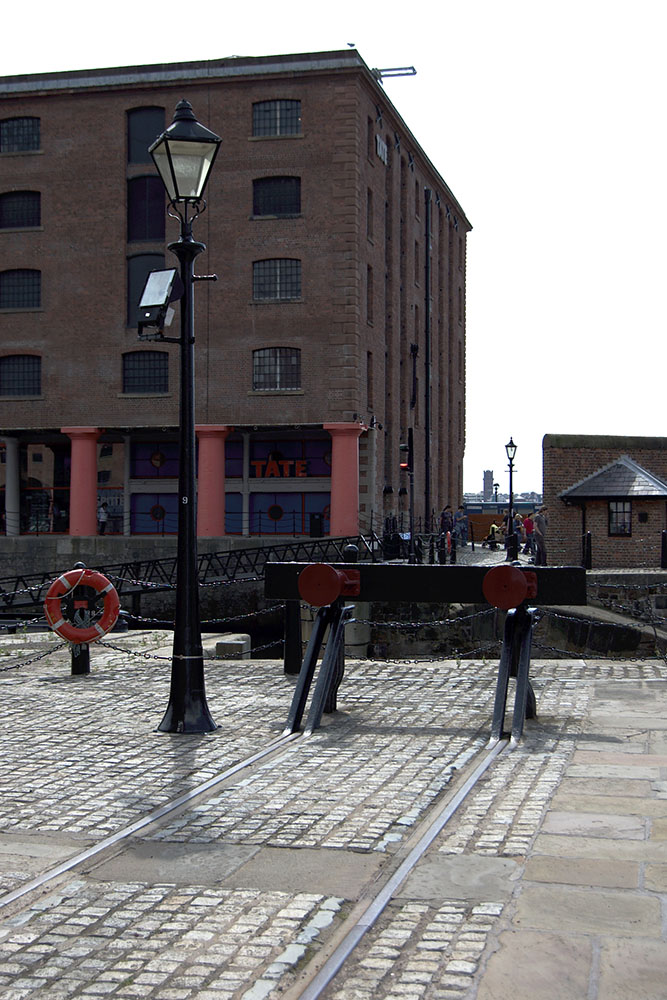 The dock railway was built in Liverpool to solve a challenge which other cities did not face. With dock expansion, ships were docking further and further from the central business district. Places like Manchester and Bristol stood astride their rivers, and twice the mileage of docks fit in each mile of river than in Liverpool.

Therefore, much more than other places, railway transport became important to transporting goods. This could be from the outlying docks into town. Some went further, carrying on their journeys further into Britain, or onto new ships going elsewhere.

The remains of the dock railway are still embedded in parts of the docklands, even though the roads are now dedicated to other vehicles. It’s interesting to note that at one time the roads would have been shared between the locomotives on the one hand, and vehicles like trucks and horse-drawn carts on the other.

Even in the early 1960s steam engines could still be seen following a man with a flag near the Pier Head. But by then the increasing pressure from the motorcar was becoming too much. The main roads along the docklands – e.g. the Strand – were in need of modernisation to deal with the increased traffic.

Today, you can see the rails outside the Maritime Museum entrance, bounded by two sets of buffers. The rails run into a large iron-banded door to the north east side.