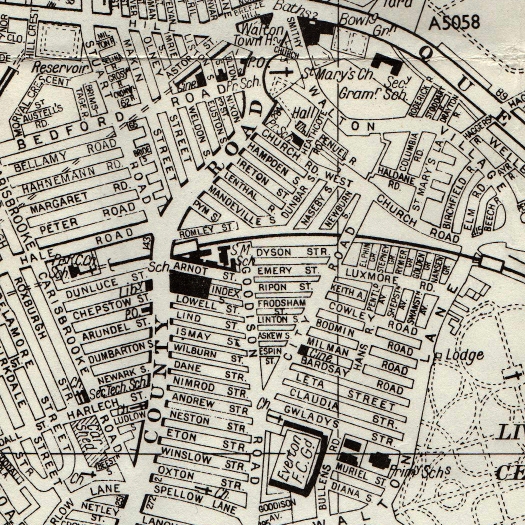 The childhood homes of John Lennon and Paul McCartney are massively popular tourist attractions. George Harrison’s and Ringo’s homes (like 9 Madryn Street) don’t get so much as a blue plaque. But is Ringo’s birthplace really of any historical merit?

It depends on how you judge it, of course. Ringo only lived there for 5 months of his life (moving to Admiral Grove, and also spending time in the Children’s Hospital in Myrtle Street). It can hardly claim to have had any influence on his musical abilities.

The idea that a house should be preserved because of who was born there is a common one. These historic links indeed form the basis for many of the blue plaque schemes which operate across Britain. It also becomes a consideration in the listing process too, but rarely tips the balance on its own.

For a building to be listed requires that it has architectural importance, or uniqueness. If other buildings like it are rare, under threat or not often found in that part of the country, then the building may be listed.

It looks like none of this applies to 9 Madryn Street.

And yet the streets around Madryn are of interest from a landscape history point of view. They are the ‘Welsh Streets’ and were built in the Victorian period.

Liverpool is well known for its Irish immigrants, and to some extent its Scottish. But the Welsh also left a legacy on Merseyside (and of course still do!). The Welsh communities produced a high proportion of builders, both in the brick-layer sense as well as construction companies. Madryn Street and the houses of the area were built by Welsh hands.

Welsh communities established themselves in Anfield and Kensington too. Look closely at the map of streets from Oxten Street to Arnot Street near Goodison Park, and from Makin Street to Nixon Street just across County Road (see map above). The initials spell out ‘Owen and William Owen’, the father and son who built those streets.

So while it will be a shame to lose Ringo’s birthplace, it will take more than this to destroy all traces of Welsh builders and the traces they left on Liverpool’s history.