Community Archaeology in Merseyside – sieving through our past 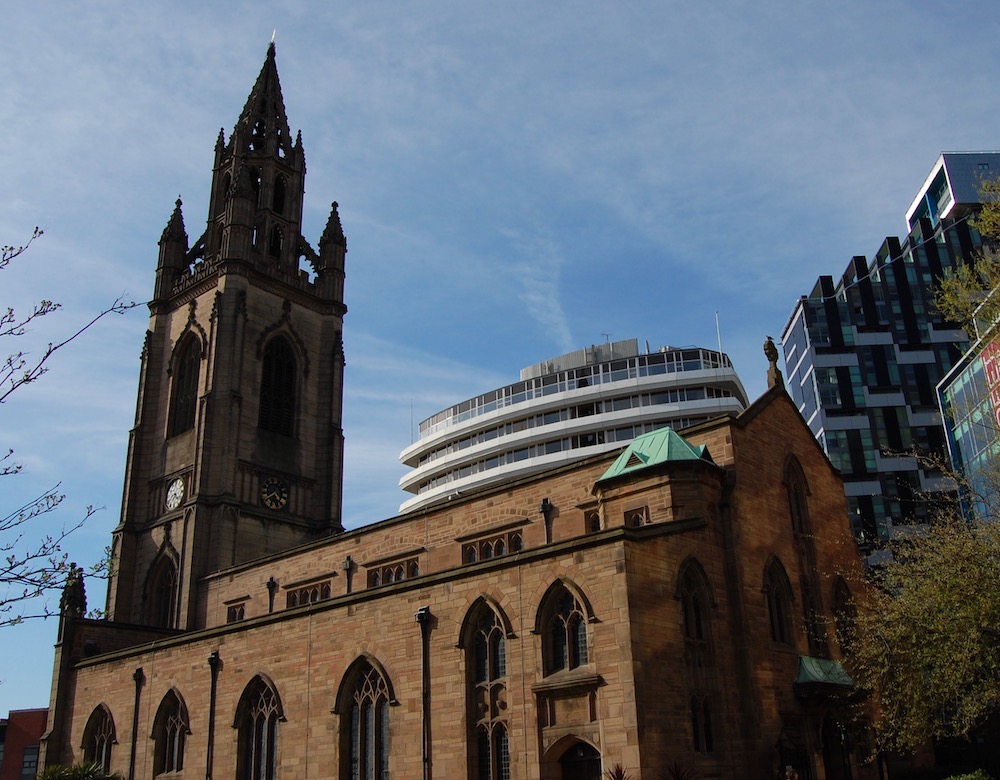 This is part of a series of posts based on the talks given at the Recent Developments in Merseyside Archaeology conference. It was held on the 13th October 2018, and took place at the Museum of Liverpool. This talk was given by Vanessa Oakden, now Curator of Regional & Community Archaeology at the Museum of Liverpool, and formerly the Finds Liaison Officer for Liverpool, for the Portable Antiquities Scheme.

This talk is centred on two community archaeology projects that Vanessa has been involved in: St Nicholas’ Church on the waterfront, and Lister Steps in Tue Brook. The projects aimed to teach volunteers some building recording skills, and preserve the buildings in question. The projects would put the buildings in their landscape context as well, and highlight some of the changes to the structures over time.

There once was a small chapel on the banks of the Mersey, known as St Mary del Key (Quay), first mentioned in 1257. This was not a full parish church, but a chapel of ease within the parish of Walton-on-the-Hill. St Nicholas’s Church was built close by in 1355, taking over the role of St Mary’s. It was constructed over the course of a century, finally consecrated in 1361 when plague erupted in the city.

The church has been rebuilt several times, for example in 1952 after it had suffered heavy damage in the Blitz. Lots of older material is therefore still in situ, and the project rediscovered some of this. The fascinating thing about these remains is that they are not all aligned with the current building. They may be earlier, and unrelated to the building of the church itself.

Vanessa showed the Peters Painting which depicts the city in the 1680s. She said that the painting suggests these older walls may be part of warehouses just inland of the church (as it then stood). They could be Late Medieval, or even earlier.

Other parts of the section that the community archaeology group excavated showed the 19th century re-use of rubble from older versions of St Nick’s.

The old Lister Drive Library was one of the so-called ‘Carnegie libraries‘, the only one in Liverpool, and designed by Thomas Shelmerdine. It closed in 2006 because of the poor state of the building, thus putting it at even greater risk. It’s a Grade II listed building, and following a successful Heritage Lottery Fund bid a project started to bring it back into community use.

Vanessa’s community archaeology project chose a small patch of the building’s outside, and looked at the graffiti there. This was a chance to practice archaeological drawing: teasing apart the layers of paint is much like excavation!

The group chose Heritage Open Day to ask local people to volunteer. It was a great success, and there are hopes to repeat it. Also, in the future Vanessa hopes to run an excavation in the grounds of the library. This will be backed up by social research – talking to locals about their knowledge of the building and the area.

Vanessa also gave a preview of work being done behind the scenes by Luke Daly-Groves. Luke is in the middle of a PhD in American history, but needed something unrelated to gain wider experience. He chose Roman archaeology, which Luke admits is not all that common in this part of the UK! He’ll be putting together an exhibition using finds from the Ochre Brook excavation of 2000.

A Roman tilery was discovered, stamped by one Aulus Viducus. A patera (a shallow bowl) which had been uncovered in Cheshire had been donated to the museum too.

Now that Luke has finalised the collection, it will appear as Britannia Inferior? A Glimpse of Life Around Roman Merseyside on the first floor of the Museum of Liverpool during November 2018.