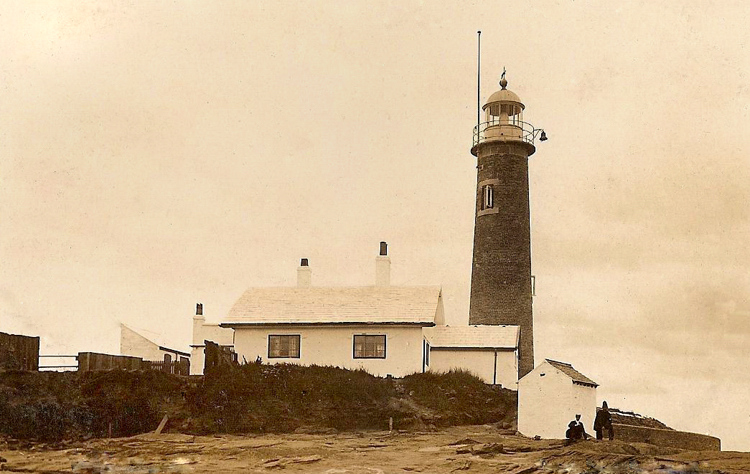 The River Mersey at Hale Point can be dangerous, as the Hale Ford demonstrates. Conditions change with each tide, and formerly dry land can become swift and deep channels. The opposite is also true: hidden sandbanks can put paid to river trips heading to the manufacturing towns inland or the globally connected docks at Liverpool. Hale lighthouse goes some way to reducing the dangers.

A lighthouse was built on the southernmost reaches of Hale township in 1906. This lighthouse, which still stands today, replaced a shorter tower erected in 1838.

The Ireland-Blackburne family’s private bathing house already stood at Hale Point. So the building of the lighthouse saw the conversion of this bathing house for the original lighthouse keeper’s cottage.

The decommissioning of Hale lighthouse, which is 45 feet tall, came in 1958. Fewer ships were travelling the Mersey as trade declined. Those ships that did head for inner Lancashire used the Manchester Ship Canal on the opposite bank. Today, buoys mark the channel for (mostly pleasure) boats to find safe passage. The demolition of the keeper’s cottage made way for a modern private bungalow.