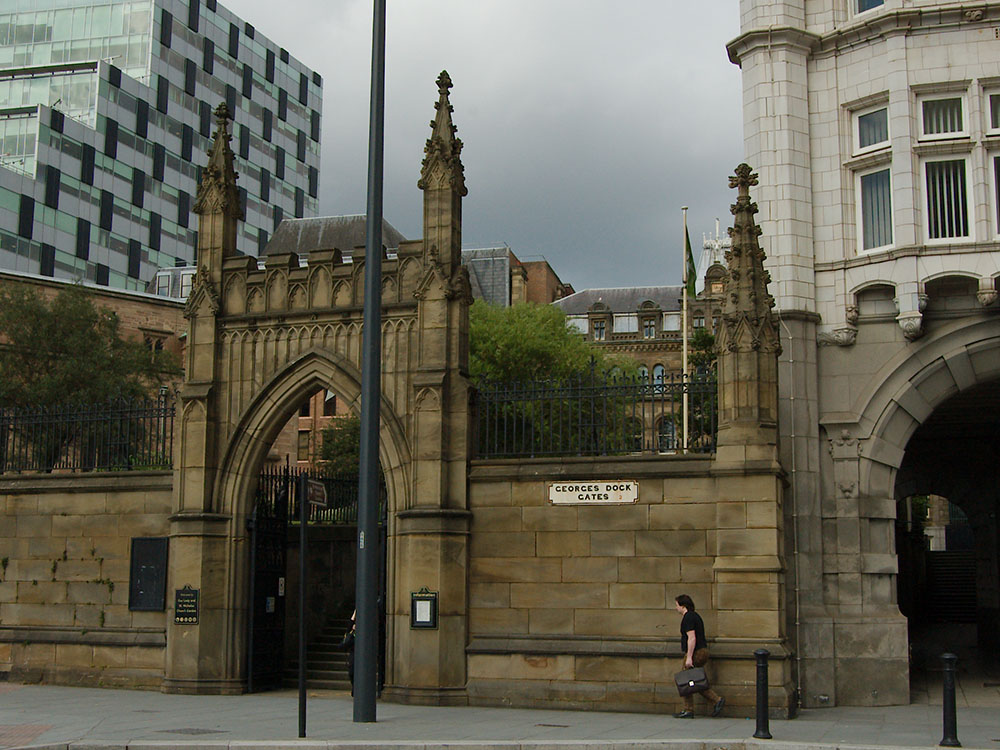 Liverpool, as a city, is master of reinventing itself. It re-uses parts of its landscape when priorities (and economics) change. The Pier Head area in general has seen many, many changes. The filling of the Pool, and the creation of the first wet dock, is perhaps the most significant. The road sign declaring George’s Dock Gates is another clue to these changes.

Old Ordnance Survey maps (like the 1893 edition below) show a large open square area just to the river side of St Nicholas’s Church. This is labelled as George’s Dock Gates. It lay over the filled in form of George’s Dock Basin (which led into both George’s Dock and Prince’s Dock).

The street sign is not attached to an old section of the wall of George’s Dock Basin, contrary to what some other websites will tell you. Rather, it refers to this area, which acted as a sort of entry way into the central dock system. George’s Dock still held water when the walls of the churchyard were erected. The George’s Dock Gates name was already in use.

The name is marked on maps right through until the Three Graces replaced the dock basins behind the Pier Head. This map from the middle of the 20th Century still displays the name.

For the city today, it’s a reminder that the busy dual carriageway area of the waterfront was once central to Liverpool’s central activity: trade and exchange.