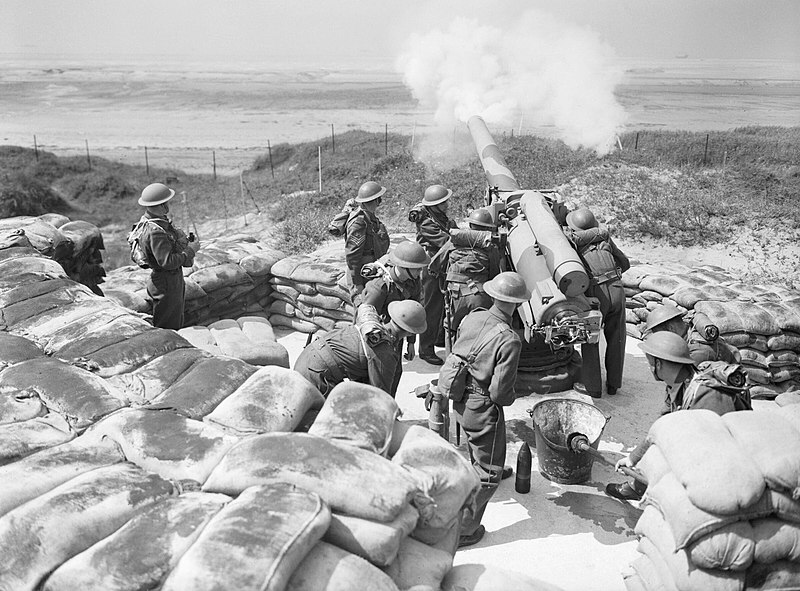 The following post about Fort Crosby is based on a talk Alison Burns gave at the Recent Developments in Merseyside Archaeology conference, held in the Museum of Liverpool on 13th October 2018. Alison has also written about the Formby footprints (see the previous link for details).

New research is shedding light on a piece of Mersey defence which has a long history. Alison Burns has produced a booklet about Fort Crosby, with further detail coming from a desk-based assessment (a kind of investigation that uses documents, maps and other archival resources as opposed to excavation) by Mark Adams.

Defence of Mersey and country

The River Mersey has always been important for Britain’s defences. King John founded Liverpool itself partly because of his ambitions over in Ireland, the Mersey crossing at Hale Ford was important in the Civil War, and we all know about Western Approaches. But many installations have been built in the intervening period. Perch Rock, for example, built off the coast of New Brighton in 1826, defended the mouth of the Mersey and the Port of Liverpool. Its eighteen guns looked towards the Irish Sea in the aftermath of the Napoleonic Wars.

But in 1882 the whole of Britain’s coastal defences were reviewed by one Lord Morley. Morley found that the defence of Britain’s coasts was inadequate, and amongst other things recommended five batteries in the Mersey. These forts were to be at Liscard, North Shore, Seaforth, Crosby, plus the existing Perch Rock.

It took an incredibly long time to build Fort Crosby: starting in March 1906, work was only completed in October 1907.

From 1914 new troops used Crosby as a muster point, and they lived in the barracks at Sniggery. The fort itself had a surveillance role, as part of the Royal Observer Corps, as well as anti-shipping guns. In all it was a well-developed site, including practice trenches (visible in aerial photographs for years after) in preparation for the First World War.

Dragons’ teeth (anti-tank concrete pyramids) littered the foreshore, and barbed wire protected Formby. There was a starfish decoy (a mound of burning debris used to distract and blind bomber pilots) close by too. Starfish decoys were a slight concern, what with being built from large amounts of burning material so close to artillery and ammunition!

The Fort worked hand in hand with Maunsell Forts, stilted buildings out at sea giving another line of defence. There were three of these in the River Mersey.

After the Second World War

Fort Crosby acted as a prisoner of war camp (Camp 678), holding German and Italian prisoners from 1945 to 1950. They worked on farms and on renovations in the nearby communities. Bert Trautmann, a goalkeeper for Manchester City, became a local legend because of his time here. (One of Trautmann’s achievements was to break his neck during a game but to continue playing!) The prisoners also made toys for local children.

The Maunsell Towers were no longer of use after the war, and were demolished. Territorial Army personnel used the anti-shipping guns of Fort Crosby to destroy them. Lack of gun training meant this took a long time. Only one in ten shots hit their mark! (Incidentally, there is no record of the anti-shipping guns being used against the enemy at any time.)

The area around the fort was not cleared immediately after it fell into disuse. Closure came in 1958, but full demolition and landscaping had to wait until 1968. During this time the buildings had been vandalised, and occasional finds surfaced, like parts of uniforms or rifles.

Eventually, the sand dunes and grasses reclaimed the land; today, only the footing for the guns, plus a sewage pipe and a trig point are visible. Today, rubble from city centre Blitz site clearances protects the coast from erosion, although the area will always be changing.