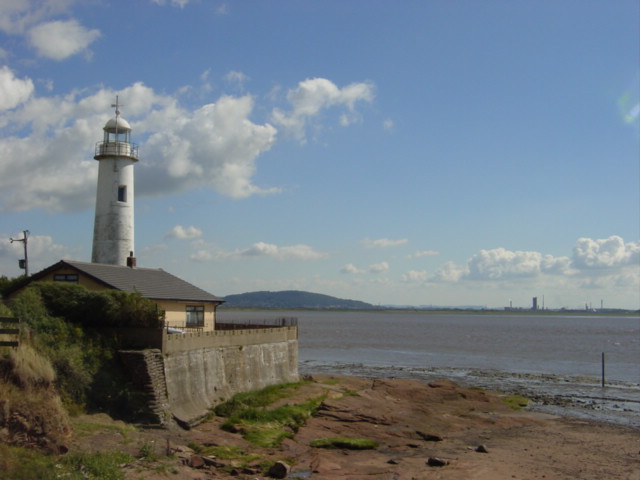 Hale township occupies a spot at the widest part of the River Mersey. Because of this the water slows down significantly. So much so that, at times in the past, a sandbank could once be seen to poke above the level of the water. This, the so-called Hale Ford, was an important crossing point of the river, and was used for hundreds of years.

The crossing went from the end of Within Way due east towards Weston Point. We have records of one John, son of Peter Walley (or Wolley) of Runcorn who attempted the crossing in 1423. He was on horseback, and drove two more horses laden with fish from Formby. The two horses made it across the river, but John fell from his steed and was drowned.

The next day: “at the return tide the horse was found, as Dower of the Sea, and had upon him a good saddle, and four irons on his feet.”

‘Dower of the Sea’ was a term for one of the lord of the manor’s rights, whereby he could charge fines on anything which ran aground on his lands, or washed up. It’s interesting, and a little disturbing to read the emotionless description of the mere monetary value of the horse upon which John Walley died.

Hale Ford during the Civil War and beyond

During the Civil War Hale Ford was an important route from east to west. Prince Rupert crossed the Ford in 1643, with prisoners from his conquest of Bolton. Lord Molyneux fled across the Ford to Cheshire when ousted from his parish at Kirkham. The following year Rupert tried to cross again, but attacked government forced attacked him. Later in the same year he successfully crossed on his way from York to Chester.

Outside of war time, horses were taken across the Ford in the hunting season. Rev. Thomas Blackburne used it when he left Hale to live in Wrexham.

The ford was a dangerous route, however, never being completely dry. A ferry plied the same route, with part of the profits going to the lord of the manor. The two year absence of this ferry (for want of a boat!) led to losses of 20 shillings per annum that would otherwise have gone to the treasury.

Embanking the Mersey at Hale Point

The Mersey had always been dangerous at this point, and so at one time it was proposed to create an embankment along the shore. In 1817 Gregson mentions this project, which would stretch from Ditton near Hale to Garston or even Knott’s Hole at the Dingle:

Opposite the Dungeon two miles of land in breadth might be enclosed before the present salt works, where the river is fordable at low water.

Nothing came of this however, not least because previous attempts were washed away by the dangerous channel’s waters.

The end of Hale Ford

Use of Hale Ford lessened as the 19th century progressed, partly due to the opening of the Widnes Transporter Bridge. The Ford was becoming increasingly dangerous anyway, and less reliable. Once constructed on the Cheshire side, the Manchester Ship Canal made it impossible to cross the Mersey on foot.