Filling in the Gaps: the Neolithic and Bronze Age at Mark Rake, Bromborough 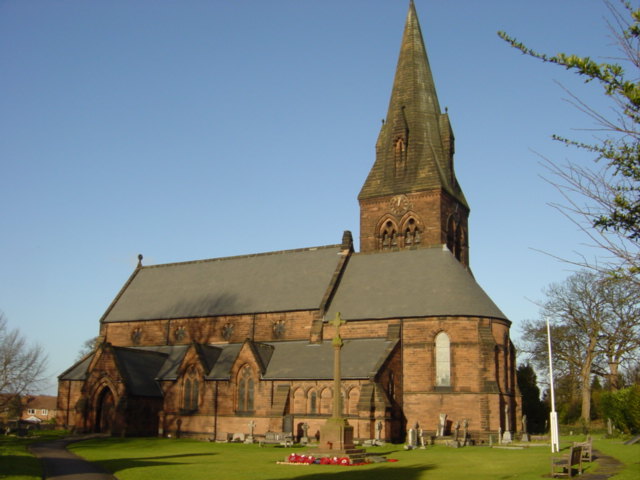 This is part of a series of posts based on the talks given at the Recent Developments in Merseyside Archaeology conference. It was held on the 13th October 2018, and took place at the Museum of Liverpool. Mark Adams of RSK Consulting spoke about his site at Mark Rake in Bromborough.

Mark dug on the site of the former Rectory Gardens, looking for the remains of a lost Anglo-Saxon sculpture. They were first found when the church was last rebuilt, in the mid-19th century. The story goes that builders crushed the remains for sand, possibly on the order of the rectory’s incumbent!

The excavation at Mark Rake happened in 2016, supported by Big Heritage. Big Heritage had a season of local test pitting as part of ‘Discovering Bromborough‘ back in 2013. Archaeologists found Mesolithic and Neolithic stone flakes, Roman coins and pottery.

The evidence suggested that nothing had been built on the site of Church Croft since at least the 1650s. Perhaps this lack of development would have led to the survival of very old archaeology.

When a new, smaller rectory replaced the old building, builders found fragments of an Anglo-Saxon sculpture. The carvings have since disappeared, so the archaeologists wondered whether they could rediscover them. Their second aim was to look for settlement, from the Anglo-Saxon period or any other.

Looking for a sculpture

The archaeologists dismantled a wall dating from the time of the new rectory, but found no carvings. They then stripped an area for excavation, finding a series of perpendicular ditches. They found a Neolithic arrowhead and Neolithic carinated bowl fragments. These date from 4000 – 3000 BC, and were found in shallow scoops. Mark suspected a cremation, and so took the whole context as a sample. Human bone was indeed recovered from the sample.

Evidence of a settlement suggested a Bronze Age date. There was a ditch or a gully associated with a collared urn (typically Bronze Age).

More gullies dated from AD 650 – 850, encouraging the idea that an Anglo-Saxon sculpture could be on the cards. Environmental analysis discovered barley, rye, wheat and weed evidence.

Finally, on the very last day of the excavation, diggers found a piece of carved stone. Comparison with an old photo of the entire set of sculpture pieces showed that it was part of the collection found in the 19th century. Unfortunately none of the other pieces was found. Mark concluded that the rest had indeed, as the story tells, been ground up for building sand.

Despite not finding the majority of the sculpture, Mark had found a few clues that would help future excavations. Although individual finds are interesting, it is the collection which is important. The assemblage of prehistoric finds in proximity to medieval ones is a pattern that Mark has seen elsewhere, and it’ll be interesting to see if, in future, finding medieval features can lead to prehistoric sites.

There are two other sites: All Saints Church, Childwall, and Overchurch in Sefton, which may yield such secrets in the future. They are ancient sites (All Saints has 14th century masonry in its walls) with very little development since their foundation. If the patterns that Mark sees on other Merseyside excavations are taken further, the prehistory of Merseyside is only just beginning to reveal itself.